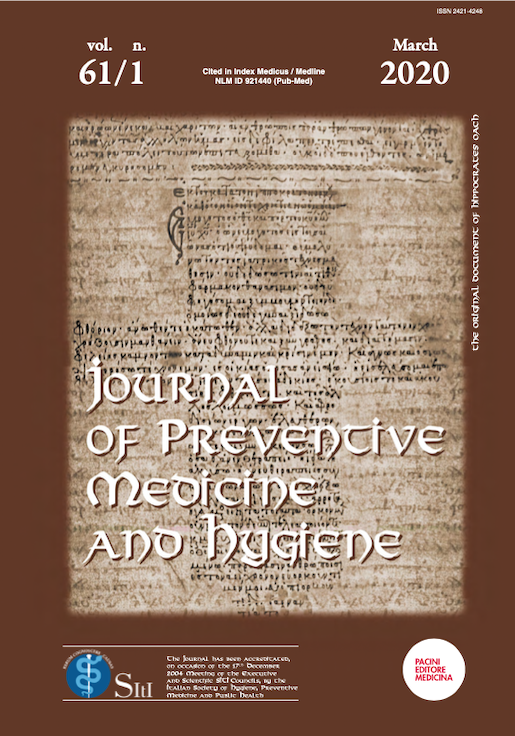 Introduction: Radon and its decay products may cause substantial health damage after long-term exposure. The aim of the study was to perform a spatial analysis of radon concentration in the Salento peninsula, province of Lecce (South-eastern Italy) in order to better characterize possible risk for human health, with specific focus on lung cancer.

Methods: Based on previous radon monitoring campaigns carried out in 2006 on behalf of the Local Health Authority (ASL Lecce) involving 419 schools and through the application of kriging estimation method, a radon risk map was obtained for the province of Lecce, in order to determine if areas with higher radon concentrations were overlapping with those characterized by the highest pulmonary cancer incidence and mortality rates.

Results: According to our data, areas at higher radon concentrations seem to overlap with those characterized by the highest pulmonary cancer mortality and incidence rates, thus indicating that human exposure to radon could possibly enhance other individual or environmental pro-carcinogenic risk factors (i.e. cigarette smoking, air pollution and other exposures).

Conclusions: The radon risk should be further assessed in the evaluation of the causes resulting in higher mortality and incidence rates for pulmonary cancer in Salento area vs Italian average national data. For these reasons, ASL Lecce in cooperation with ARPA Puglia and CNR-IFC has included the monitoring of individual indoor radon concentrations in the protocol of PROTOS case-control Study, aimed at investigating the role of different personal and environmental risk factors for lung cancer in Salento.
https://doi.org/10.15167/2421-4248/jpmh2020.61.1.1343
pdf