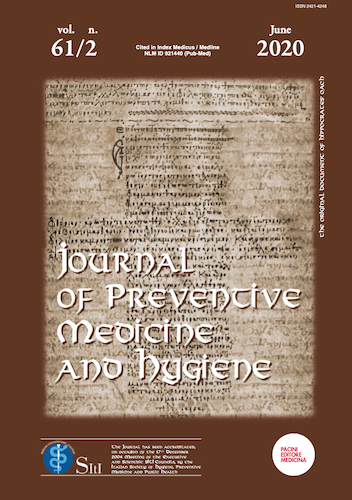 Introduction: In spite of traditional cardiovascular risk factor, the different occupations can play an important role in cardiovascular disease (CVDs) incidence. We aimed to assess the correlation between the occupational classes, based on the International Standard Classification of Occupation (ISCO), and CVDs in Iran as a developing country.

Methods: We followed the 2440 men, aged 35-65 years and without history of CVDs over fourteen years; 2001 to 2015 during the Isfahan Cohort Study. ISCO was used to classify occupations into 10 categories. Incidence rates of ischemic heart diseases and stroke were recorded. Socioeconomic demographic data including marital state, income and place of living and metabolic risk factors were also recorded.

Results: The mean age was 46.97±8.31 years old. 257 cardiovascular events (CVEs) were recorded that unstable angina was the highest recorded with 52% prevalence and the fatal stroke had the lowest outbreak (1%). The unemployed/jobless group and elementary occupations (9th ISCO category) had higher and lower relative frequency in CVEs respectively. There was non-significant decrease in CVEs in all of categories except of 4th (cleri­cal support workers) and 10th (armed forces) groups in comparison to unemployed/jobless subjects (P>0.05). After considering of the group 7 as a reference group (most absolute CVEs frequency), in fully adjustment analysis group 4 had significant risk for CVEs (P=0.04).

Conclusion: This study indicates that working as cleri­cal support workers (4th ISCO category) is associated with higher significant risk for IHD and stroke incidence in comparison to craft and related trades workers (7th group of ISCO).